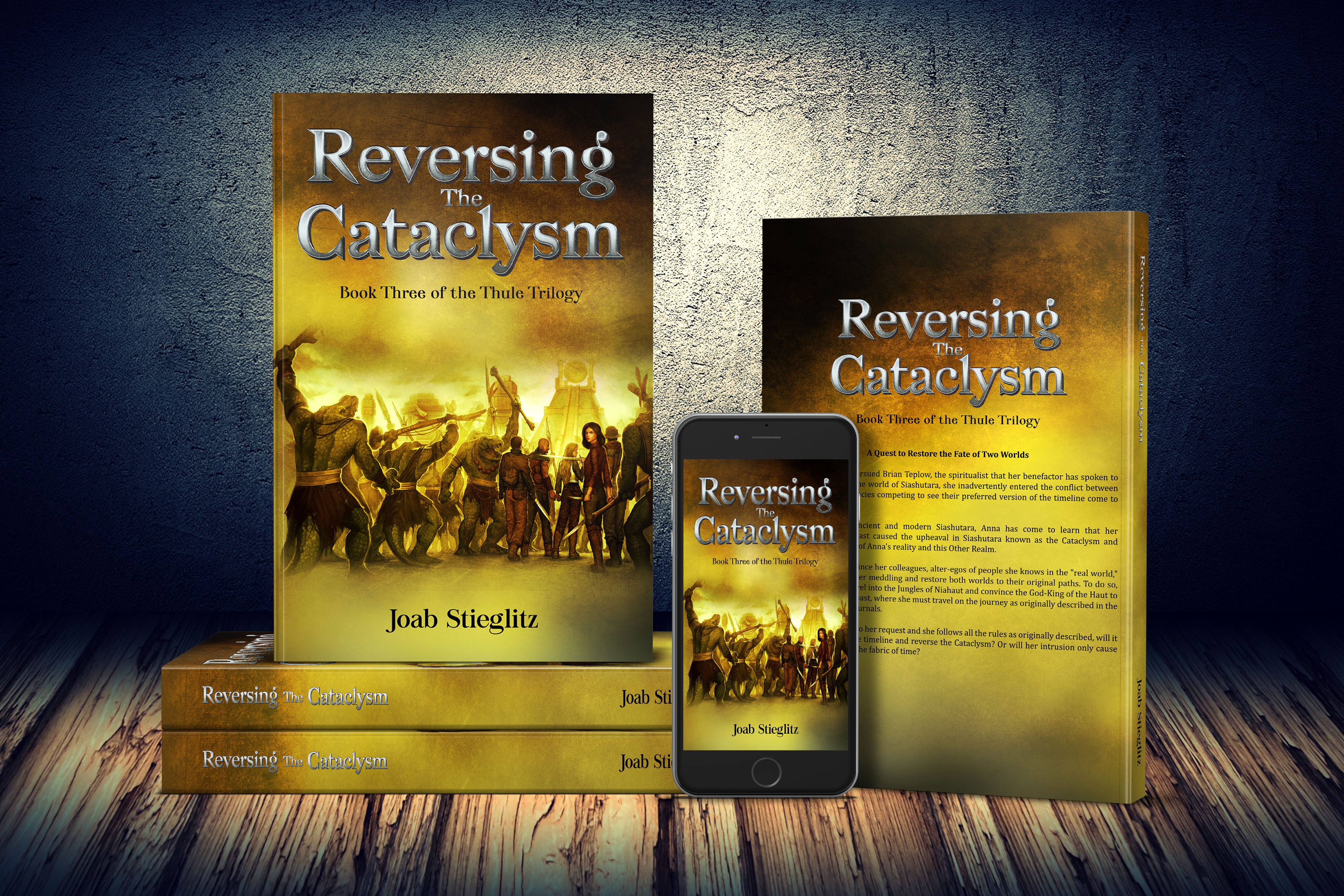 The final book in the Thule Trilogy and the Utgarda Series has been released!

A Quest to Restore the Fate of Two Worlds

When Anna Rykov pursued Brian Teplow, the spiritualist that her benefactor has spoken to before his death, to the world of Siashutara, she inadvertently entered the conflict between two warring alien species competing to see their preferred version of the timeline come to fruition.

Having seen both ancient and modern Siashutara, Anna has come to learn that her interference in the past caused the upheaval in Siashutara known as the Cataclysm and initiated the merging of Anna’s reality and this Other Realm.

Now Anna must convince her colleagues, alter-egos of people she knows in the “real world,” to help her to undo her meddling and restore both worlds to their original paths. To do so, Anna will need to travel into the Jungles of Niahaut and convince the God-King of the Haut to send her back to the past, where she must travel on the journey as originally described in the medium’s boyhood journals.

But even if he agrees to her request and she follows all the rules as originally described, will it be enough to alter the timeline and reverse the Cataclysm? Or will her intrusion only cause more problems with the fabric of time?

Reversing the Cataclysm: Book Three of the Thule Trilogy is currently available in paperback and Kindle formats on Amazon. Get your copy today!